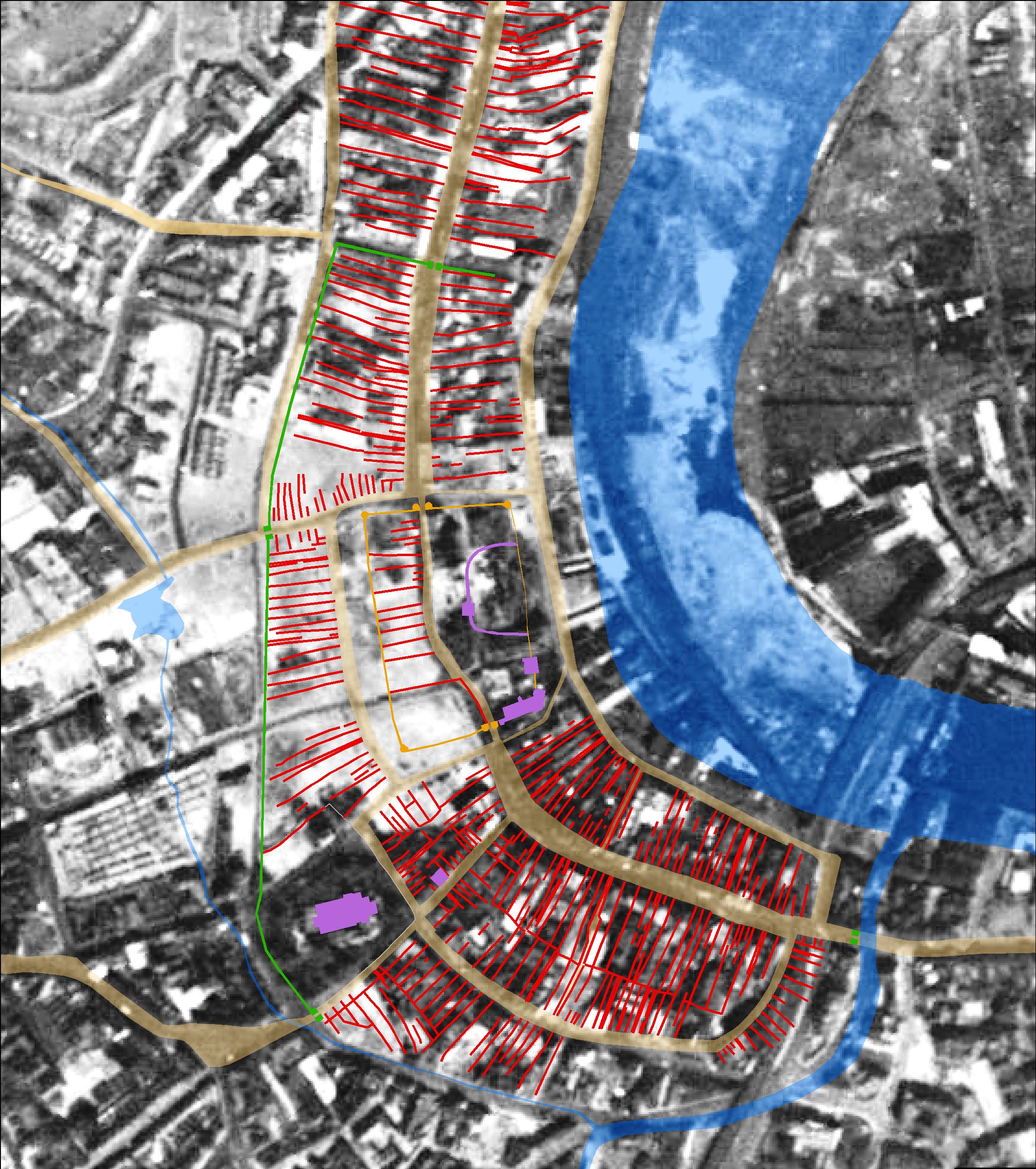 Robert Bartlett's excellent study of the William Cragh story, The Hanged Man, investigates the events of 1290 in their medieval historical and cultural context. It's a really fine piece of scholarship. But one thing which is missing from the book is any map of medieval Swansea, or even any photographs of sites within the medieval town (the only photo is of Oystermouth Castle in Mumbles, which William Cragh supposedly attacked). Of course, mapping medieval Swansea, and linking the witness testimonies to the place itself, is where our project comes in! But, why do we know so little about medieval Swansea, and why is it so invisible in the city today?

The picture above gives us some clues. Created by Gareth Dean, who's working on the mapping of medieval Swansea, it shows a basic map of medieval Swansea overlaid onto a 1949 photograph taken by the RAF. You can see some big changes immediately - for example, the medieval river runs along its historic course, where in the 20th century there are buildings and roads.

But what else does this photograph show? Perhaps most powerfully, it shows us the terrible impact of World War 2 on Swansea, and the lasting effects of the 'Three Nights Blitz' of February 1941. The Swansea Blitz obviously had a tragic human cost, and is very much still present in local collective memory. But it also erased much of the city's medieval landscape.

In the photograph above, light grey areas are those completely razed and cleared. You can see just how much of this complete destruction was in the former heart of the medieval walled town. Darker grey areas also suffered damage, to varying extents. Post-war redevelopment of the city centre helped to do away with the patterns of the medieval town - now only the castle ruins and sections of the Cross Keys pub (St David's Hospital) are still visible.

That's one of the challenges for our project - making an invisible town visible again, and bringing the medieval city back to life. As we look ahead towards the project launch, that's our key goal.