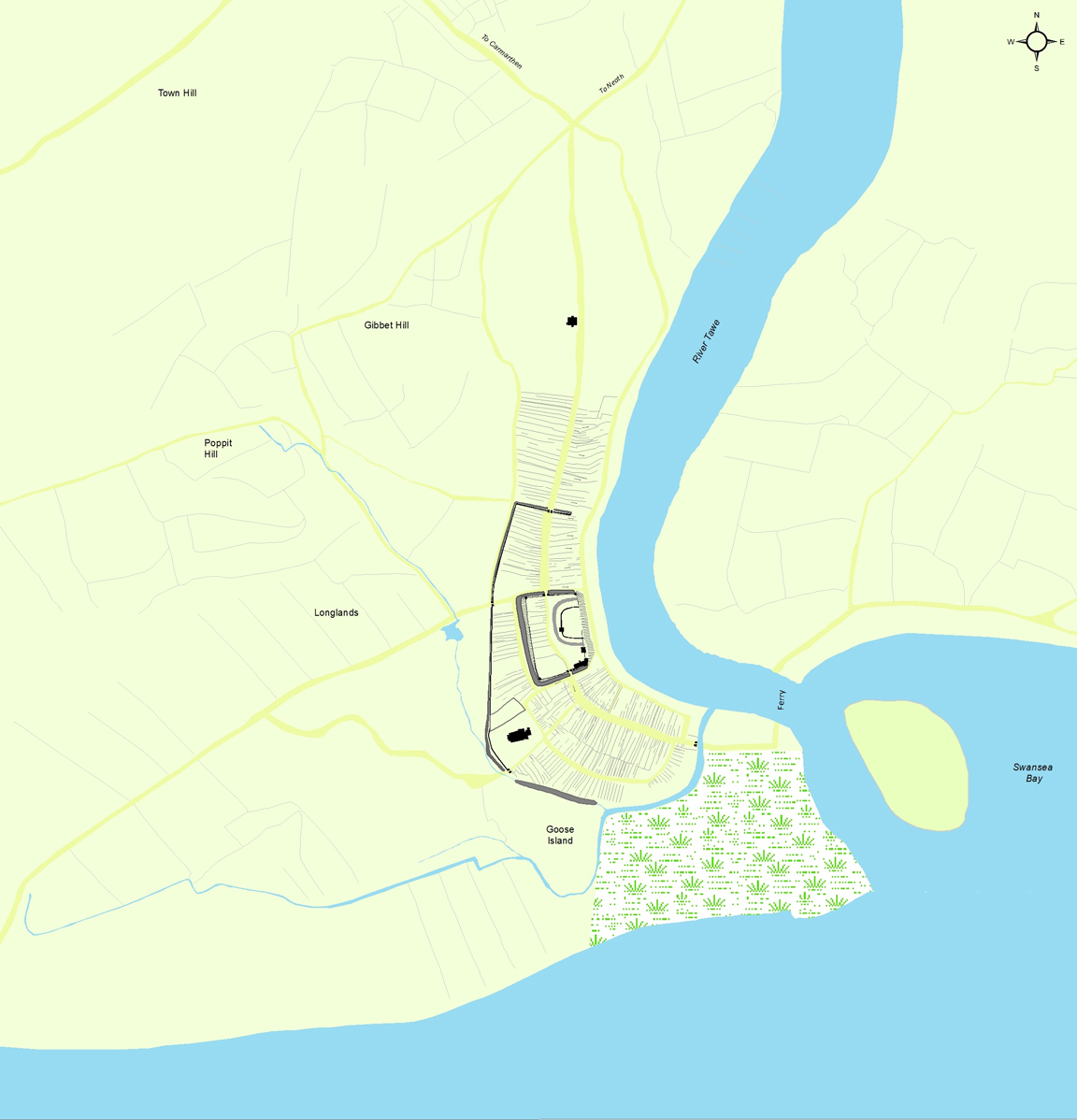 Swansea does not, and did not, stand in isolation. It is connected to its hinterland through roads and streets and the uses people made of their urban as well as rural spaces. Part of the recent mapping work has been to try and recreate the area around Swansea prior to the significant changes of the late eighteenth and nineteenth century associated around the historic core of Swansea with the construction of new streets houses and industrial development. To recreate the area around Swansea as shown in the image above, many different maps and documentary sources have been used to try and peel away these additions. It has been a challenging task, but has revealed something of the process of redevelopment. Ide.jpgying older fields has been based on documentary references alongside the cartographic sources to consider the form of the field boundaries. The more irregular the boundaries are, following the contours of the land or perhaps reflecting past farming practice, suggest they are old. The more regular the boundaries, the later they may be, and often relate to the process known as enclosure, which results in regular sized and shaped fields. By overlaying the different map sources it is possible to see how in some areas these fields influenced the form and shape of the new streets and building plots as they preserve the earlier boundaries reflecting  piecemeal development as land was made available. The growth of industry along the Tawe saw the river realigned in the mid-nineteenth century, and the old river course filled in. Spoil from the creation of the new river channel was dumped around the edges of the bay to create more stable and manageable banks for the developing harbour and new docks were built. Through the use of the cartographic and documentary sources it has been possible to peel back many of these changes and make an informed reconstruction of the roads, fields and the course of the river and the coast to place Swansea in a landscape context. This helps the project in thinking about how people moved around the town, but also out of it to witness the event on Gibbet Hill associated with the hanging of William Cragh.