It's around here somewhere. Locating pavement markers in Swansea 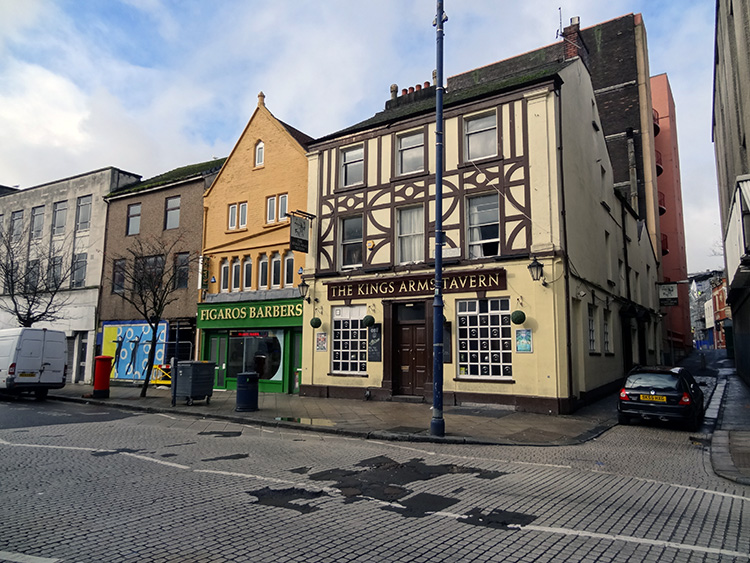 Last Thursday a meeting was held in Swansea in the torrential rain to go through the position of pavement markers with partners from Swansea Council and Bright 3D. The reason this post is entitled 'It’s around here somewhere' is due to the fact that GPS was used to locate the markers in the town. Prior to the meeting, the marker positions had been worked out in GIS using the maps we had created (see earlier blog posts). This allowed us to work out the grid coordinates for each marker and load it into a portable GPS device. This acted much like a Satnav in a car, where the destination set was each of the markers. We then had to walk to the right place, which was often easier said than done. This allowed us to discuss with the Council and Bright3D the viability of each location and ensure that the position was safe and was not located in a position that interfered with lampposts, benches, railings, manholes or services.

This is an important part of the project as the pavement markers are the permanent feature that will be linked to print and web resources detailing the William Cragh story and ide.jpgying elements of the medieval townscape. For instance, the photograph at the top of this post (taken the day after the rain) shows the view from our marker for the location of the north gate of medieval Swansea. This postion, as with all the markers, is determined from the historical, cartographic and archaeological sources. In this case, our research has shown that the lane to the right of the pub, King's Lane, follows the line of the town ditch. This alignment is also preserved in Morris Lane on the opposite side of the road. Other markers that will be located in the town are at St Matthew's church (medieval St John's), St Mary's church and the castle. Other markers will pick out less obvious features, such as the site of the north gate, including the position of the other town gates, the site of the medieval river front, the line of the town defences, the site of Swansea's earliest castle and the remains of St David's hospital. The aim is that the markers will not extablish a set route, but will allow people to use the markers as a guide to freely explore the story of William Cragh and the medieval town.

Whilst in Swansea, visits were also made to Swansea Museum and the Archives to begin ide.jpgying historic photographs and engravings of Swansea to aid the interpretation and visualisation of the townscape before it was redeveloped in the nineteenth century and again after the Second World War.  Thanks are due to the members of the Council and Bright3D who braved the torrential rain on Thursday afternoon to walk around the town and discuss each of the markers, and those in the archives who helped sort through the wealth of material held in the archives.