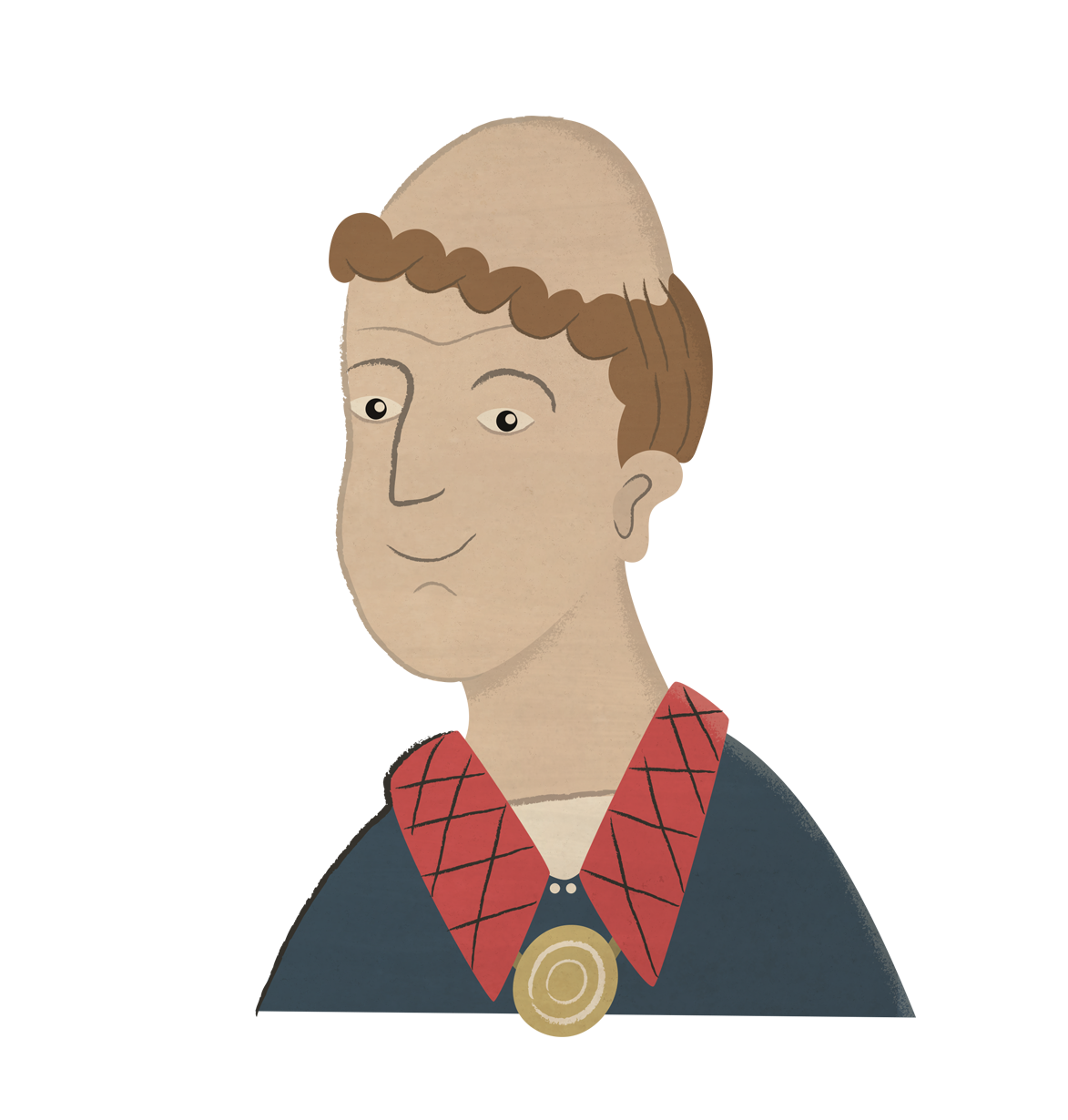 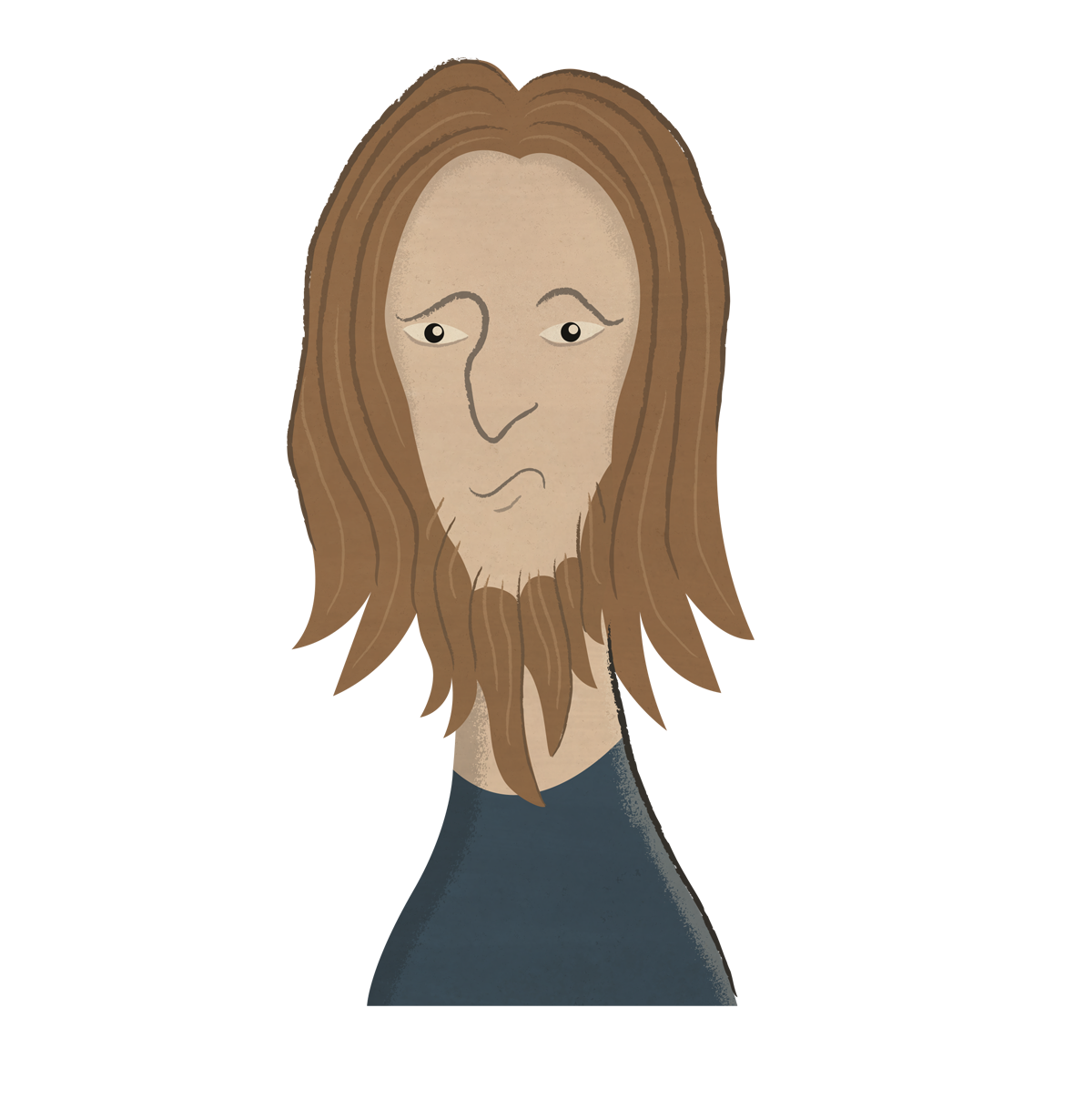 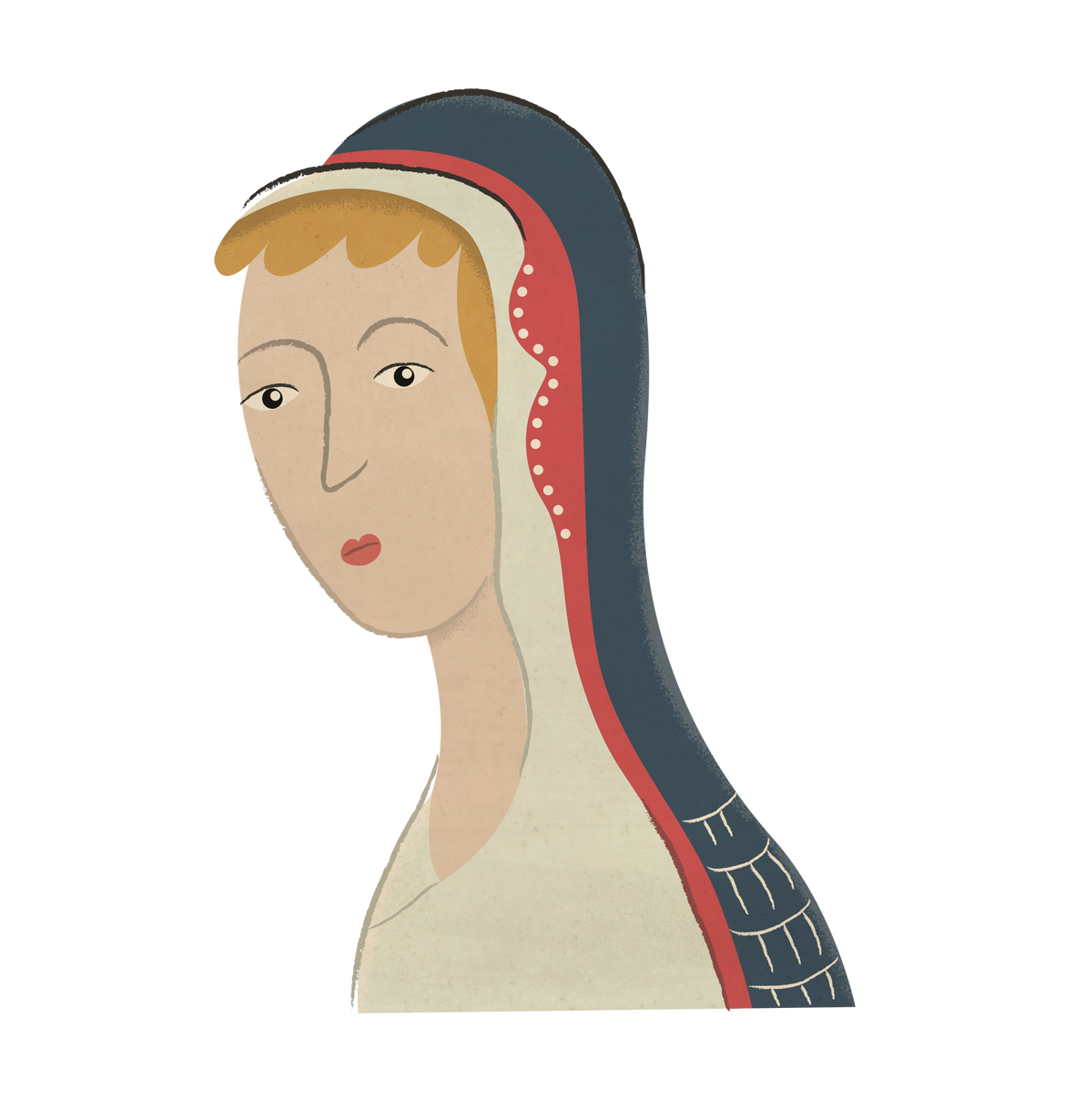 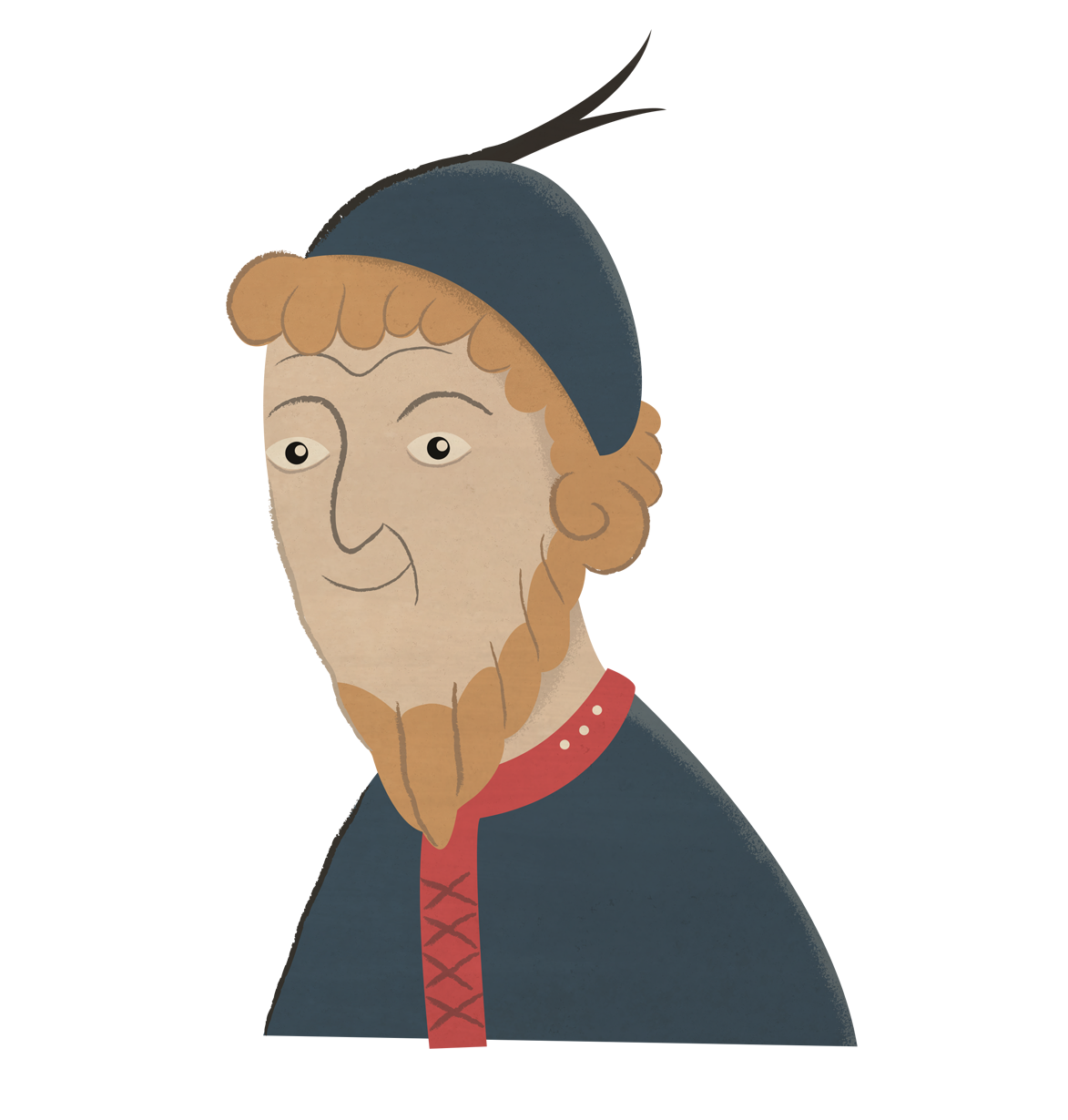 In an earlier Blog post, I mentioned that the medieval manuscript containing the story of the hanging of William Cragh (MS Vat. Lat. 4015) also includes some marginal sketches of faces (as well as drawing of what looks like a church, and even a dog!). Harriett discovered these drawings when working on the manuscript in the Vatican Library, and we've been intrigued by them ever since.

We wanted to produce a series of character images to accompany our online information about the different witnesses and figures involved in the William Cragh story. Of course, we don't have any information about what these people actually looked like, and we've been thinking about how to approach the question of visual representation, style and idiom.

We've decided to take our lead from those sketches in the medieval manuscript itself. So, each of our character images is based on a sketch of a face in the original 14th-century manuscript. What you see here are creative interpretations of those rough medieval pen sketches by the artist we're working with, Tom Woolley (http://www.tomwoolley.com/). These are imaginative re-workings, designed to engage the imagination of our various audiences (both academic and non-academic): we realise that they may not always be historically accurate in every detail. But we feel it's really exciting that they derive from images in the 'William Cragh' manuscript itself. They come from the same imaginative world as the textual account of Cragh's hanging which we've been studying.

The final 'City Witness' website will include a feature showing how each of these character images corresponds to a sketch in MS Vat. Lat. 4015. In the meantime, I'd like to introduce you to Thomas Marshall, the priest, and William de Briouze junior (with his jaunty hat). Next there's William Cragh himself (with the long beard), John of Baggeham (the de Briouze family steward, in his hood and chainmail), then Lady Mary de Briouze, and William of Codineston (the de Briouze family chaplain). Their lively, distinctive visual personalities all come direct from the medieval manuscript itself, with creative interpretation from Tom.

Incidentally, the image we've used for William Cragh actually has horns in the medieval manuscript, which we've decided to remove for our purposes here! Our long-haired William might suggest the wild living of an outlaw or rebel - or maybe he just chose to grow his hair long to hide those unfortunate scabs ('Cragh' means 'scabby' in medieval Welsh)...

These characters will also feature in our interactive game, based on the William Cragh story. More details on that to follow!